Toronto is Canada’s largest and busiest city, the 7th most populated city in North America, one of the world’s most liveable, multicultural, cosmopolitan, diverse, and accepting cities, and the place I’m proud to call home. This itinerary is perfect for you if you’re in Toronto for 24 hours or less, as it hits a mix of major tourist attractions and local hideouts for a comprehensive experience.

Toronto is Canada’s largest and busiest city, the 7th most populated city in North America, after Mexico City, New York, Los Angeles, Chicago, Dallas-Fort Worth, and Houston (man, those Americans know how to multiply!), one of the world’s most liveable, multicultural, cosmopolitan, diverse, and accepting cities, and the place I’m proud to call my home. It’s also the city that most other Canadians love to hate, but we’re not going to go into that here!

If you’re flying into other parts of Canada or the USA, I highly recommend that you take a few hours or even days in Toronto to go exploring. This itinerary is perfect for you if you’re in Toronto for 24 hours or less, as it hits a mix of major tourist attractions and local hideouts for a comprehensive experience.

In my opinion, the best time to visit Toronto is late spring (April-May) or mid-fall (October). The summers here are quite hot and the winters can be frigid (my cousin calls our weather inhuman). In April and May, the weather tends on the warmer side of comfortable and the city is gearing up for the summer, which includes a bunch of food, music, and pride festivals. However, October comes with many advantages as well; the weather is cooler, the air smells beautiful, the leaves turn beautiful colours of red and gold, and there’ll be a bunch of Christmas fanatics excited about the holidays already. TIFF happens in September, so that’s the perfect time to visit if you’re a film buff, though flights and accommodations may be more expensive. Nuit Blanche happens on one night in early October so if you’re up for an incredibly intense 24 hour experience, this is your time. Pride, Caribana, and Taste of the Danforth, as well as numerous other festivals happen in the summer, so if food, music, pride, and fun are your thing, I would advise you to go then.

Related: How to save more, so you can travel more

Taking the TTC in Toronto is your best bet for getting around. It’s convenient and easy to learn, especially in the downtown core, where most of the exciting stuff happens. A day pass costs $12 but is only available on weekends and holidays. Single fares cost $3.25 for adults, $2 for students, and nothing for children 12 and under (I’m just gonna take a moment and express the collective displeasure of Toronto’s residents that free rides weren’t available when we were younger).

The city also offers an express train running between Pearson International Airport and Union Station (in the heart of downtown). It’s convenient but the price can be quite steep ($24 for an adult return ticket). If you want to do as the locals, take a TTC or GO bus from the airport to the subway. It’ll give you the genuine local experience of anger, frustration, and overall displeasure at the transit system.

Rise and shine, wanderers! I love to get up bright and early, so that I have a head start on exploring. Whether you’re an early bird or a night owl, make sure to avoid setting out on the TTC between 8-9 in the morning on workdays. This is often when the subway and buses are clogged with people and backlogged with delays.

Next, take a walk to the Distillery District. The Distillery District is home to the former Gooderham & Worts Distillery, once the largest distillery in the world, providing millions of gallons of whisky. Today, the booze is gone (darn!) but the Victorian architecture still remains. Many of the tenants in the distillery buildings are studios, art galleries, restaurants, and boutique shops, but there are also numerous events and festivals that happen almost every day in the area. The most well known of these is the Toronto Christmas Market. Don’t forget to snap a photo with your sweetheart under the heart-shaped arch!

If you’re looking for a place to have lunch, check out Chinatown. Located along Spadina Avenue, a bit farther west than the downtown core, there’s a bunch of delicious ethnic restaurants for hungry travellers looking to relax and enjoy their meals. After lunch, consider checking out Kensington Market, just west of Spadina. It’s known (and sometimes bashed) for its hippy-dippy feel, but is also a favourite among locals. Food, postcards, potted plants, and healing crystals can all be found within the small stores that make up Kensington. If hippy-dippy doesn’t sound like your thing, why not check out a museum or art gallery (but not both at once!) You could easily spend whole months immersed in the art galleries and museums in Toronto, but for a visit of a few hours, I recommend heading further uptown to the ROM (Royal Ontario Museum). There’s nowhere better to spend a rainy afternoon, with some ancient Chinese pottery or Egyptian mummies. On a separate note, it’s really kind of cool (or depressing, depending on your point of view), knowing that your body just might become part of a museum exhibit in a couple thousand years.

For an afternoon snack, why not try eating at Tim Horton’s, the fast food chain synonymous with Canada? If it’s cold out, try out our local slang by asking for a double-double coffee, a coffee with two creams and two sugars. Alternately, if it’s warm out, get an ice capp (or iced cappucino, for you non-Canadians out there), so that you can drink a day’s worth of calories in 15 minutes! Timbits (donut holes) are another quintessential treat at Tim Horton’s.

In the late afternoon, go to the Jack Layton Ferry Terminal downtown (a five minute walk from Union Station) and catch a ferry to Ward’s Island or Centre Island. You’ll notice that the CN Tower is conspicuously absent from this itinerary, and it’s because I just don’t think the tower is worth going up. You don’t get a sense of how beautiful the city is from the tower, the wait times are long, and it’s just a tourist trap. However, from the Islands, you get a great view of the Toronto skyline as the sun is setting, plus, who doesn’t like water and beaches? Make sure to check the ferry schedule so that you can pick the optimal time to go.

Get your dinner in a mom and pop shop in one of TO’s neighbourhoods. My favourites are the Annex, perfect for people more interested in trendy food, and Koreatown, located around Bloor and Bathurst.

Queen St. W. and Ossington are some of the currently hip places to go dancing or have a drink in the city. Though Toronto is a bastion of diversity, you can head to Church and Wellesley for a more historically LGBTQ+ experience. If partying isn’t your thing, try out a board game cafe. There are a bunch in the city, and they’re open pretty late.

Hopefully, with all these tips, you’ll be all set to have the best of times in Toronto! Let us know where you want to visit in Toronto in the comments below. Happy travels!

Chelsea created Live Wanderfully to inspire other likeminded travelers, storytellers, and dreamers to embark on their next adventures. Live Wanderfully is now home to tons of travel resources: tips, tricks, and ramblings learned on the journey of a lifetime. View all posts by Chelsea P. 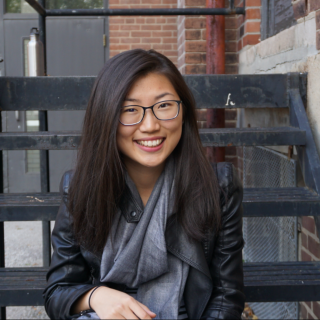 Chelsea created Live Wanderfully to inspire other likeminded travelers, storytellers, and dreamers to embark on their next adventures. Live Wanderfully is now home to tons of travel resources: tips, tricks, and ramblings learned on the journey of a lifetime.